Naxatras is a hard psychedelic rock band from Greece. They play a warm psychedelia full of fat grooves, dreamy melodies, heavy riffs and trippy guitar solos all with the vintage touch of the 70's.

They have been playing since 2012, developing their sound and finally recorded their first full-length album in a 100% analog way at Magnetic Fidelity (a studio in rural northern Greece) with Jesus Agnew, an engineer experienced in the field of analog and DIY recordings. Only analog equipment was used in the recording-mixing-mastering stages of the album. All the songs in the record were performed entirely live during just one day.

The band does high-energy live performances combining elements of psychedelic/progressive rock, stoner, funk, jazz and eastern music with a psychedelic video wall to accomplish full stimulation of the senses.

In summer 2015 they went on their first tour playing five European countries. 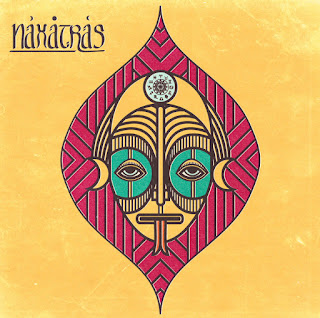 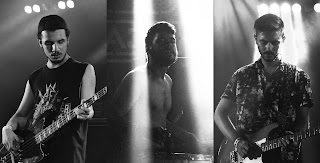 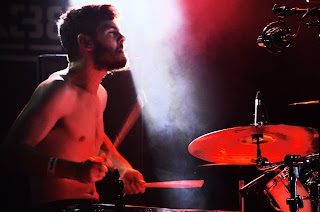 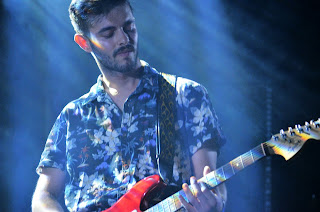 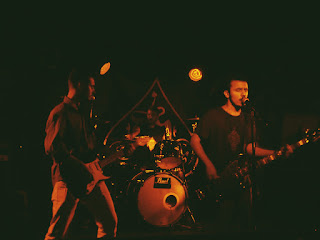 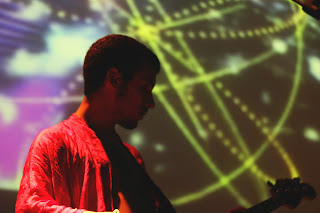 This album was recorded, mixed and mastered using exclusively analog equipment and magnetic tape. The conversion to DSD was done with high quality equipment directly from the analog mastertapes. No signal processing was done in the digital domain. The DSD version is a direct transfer of the master tape, with every effort taken to ensure that it sounds as close as technically possible to the original analog recording. 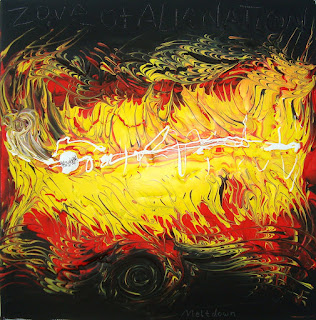 
We took a long break to reorganise our thoughts and direction. We realised long ago that we no longer wanted to release music on CD, we were not happy with our distribution deal, our digital distribution required a huge compromise in sound quality and we did not have a reliable way of manufacturing cassette tapes and vinyl records. We decided to stop, take a few steps back and find solutions to these issues.

Having found creative solutions, we are now thrilled to announce that we are back in business, with the same stated goal: To promote art that people are not, have never been, and will never be ready for.

We are no longer going to be releasing music on CD. Instead, we will focus on limited editions of handcrafted analog media, such as vinyl records and cassette tapes, with beautiful artistic packaging. In addition, some of our material will also be available as extremely high quality digital files in DSD and high definition PCM (WAV) format, for download.
Our distribution will be very small scale, which means we will no longer attempt to push our products under your snout. Those who are determined enough will easily be able to find and purchase FWRL releases. After all, they are not for everyone.
In addition, we welcome all interested artists to get in touch, as we are looking for weird and obscure material to release.

Posted by Full Wave Rectifier Laboratories at 4:18 AM

"Mind the Goon" is a goon with a mind of his own and an electric taste on music and sound. He is known to travel and live in several countries in Asia, South America, and occasionally Europe, while composing diverse songs, telling tales of the road, the river and the seas.
"Smurf" is a sort of surf tune with a vengeance while "These Days" is a romantic love song for the social networking generation.
This is a 100% analog recording on tape, 1950's style. The transfer to the disk medium was done entirely in the analog domain, using a vintage disk cutting lathe with an original monophonic cutterhead, at Magnetic Fidelity. Each record was hand-carved and numbered, with hand-painted covers and manually typeset labels. It is a limited edition of 200.
Artwork by Sabine Steldinger. Transfer to disk medium by J. I. Agnew. 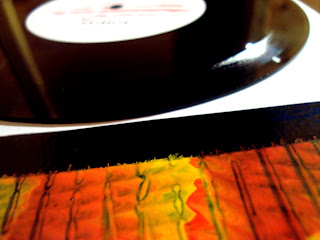 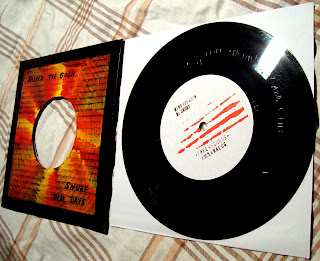 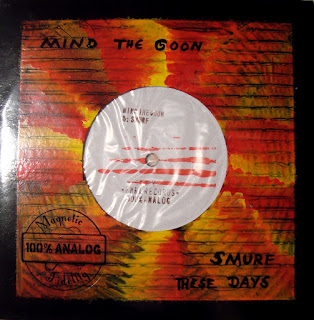 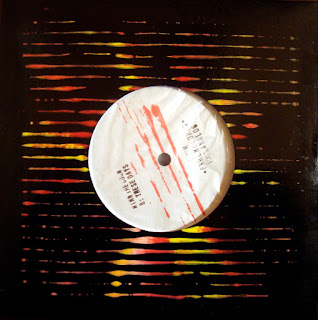 Posted by Full Wave Rectifier Laboratories at 12:39 AM

"The Dead Bluesmen" formed in 1932, in the Mississippi Delta area, where they were picking cotton at local plantations. Soon after forming, they murdered their bosses and hit the road. Little is known about them past that point. They are rumoured to have been sentenced to death in the early 50's, only to come back from the dead to haunt the world with their dark, authentic blues sound.
"Shotgun Blues" is an anthem of protest against unfair taxation, homelessness and corruption, ending with murder. It follows the path of the honest poor man through eviction, rejection and his eventual carefully crafted plan of revenge and justice.
"I didn't wake up this morning" sums up the entire tradition of the blues within its short duration. A song about death, it humorously reminds us of our common predicament.
The authentic 50's blues sound has been carefully preserved on the 7" records, which were individually cut on a vintage disk cutting lathe with an original vintage monophonic cutterhead and vacuum tube electronics, entirely in the analog domain, at Magnetic Fidelity. Each record is hand-carved and numbered, with hand-painted covers and manually typeset labels. It is a limited edition of 200.
Artwork by Sabine Steldinger. Transfer to the disk medium by J. I. Agnew. 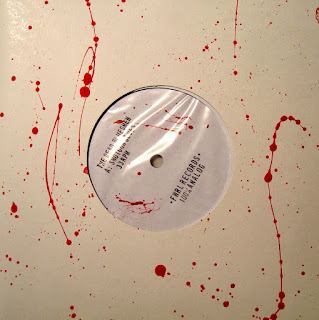 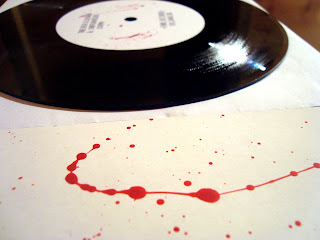 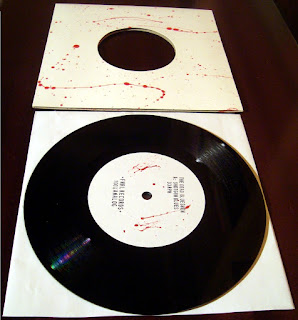 Posted by Full Wave Rectifier Laboratories at 12:34 AM 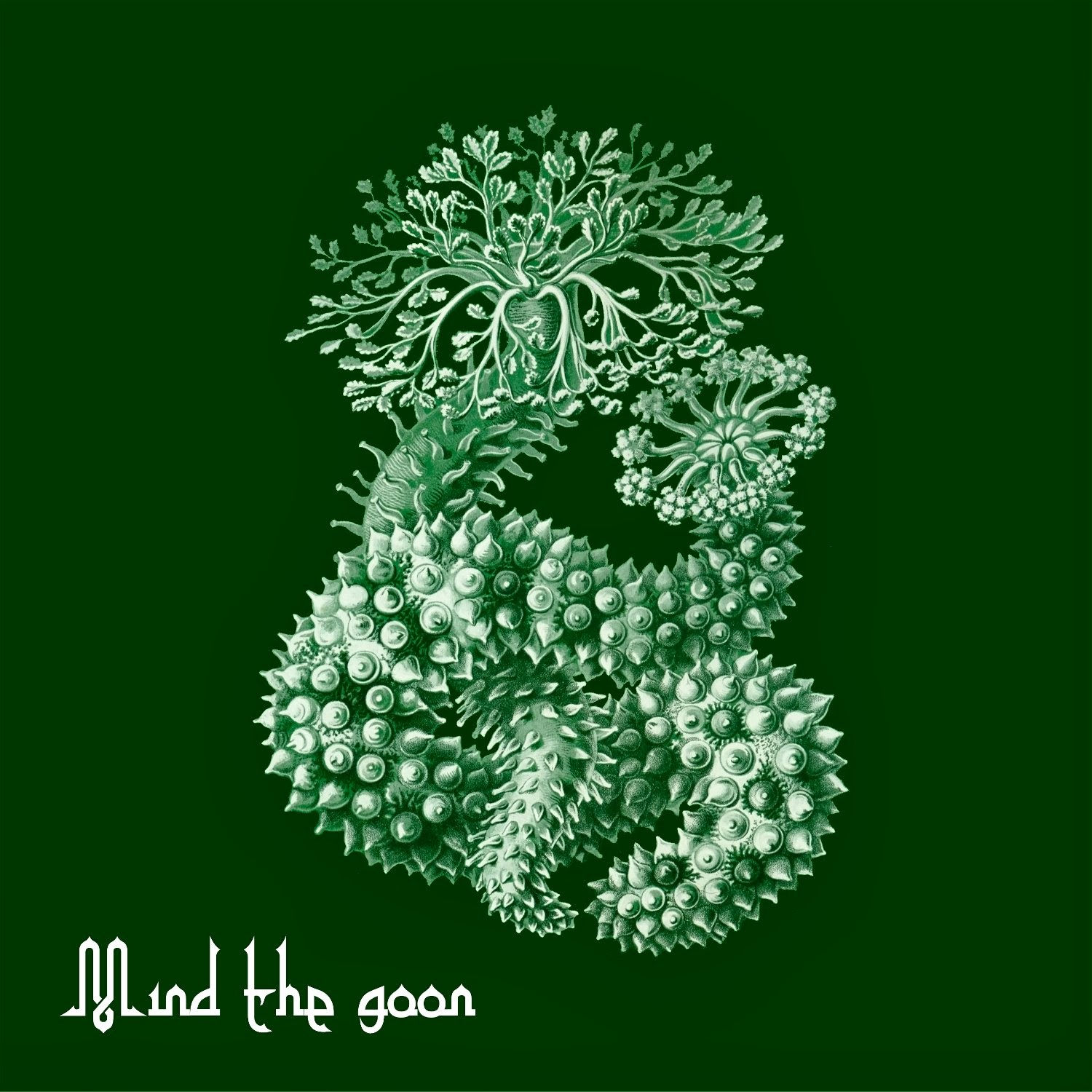 Mind The Goon's self-titled debut EP is an unlikely but very intentional merging of musical styles and life experiences. It was recorded, mixed and mastered in just two days of sparkling creativity at the rural culture studios, by a frenzid (mind the) goon, who played all the instruments himself. The recording took place immediately following the goons return from a lenghty tour of asia during which these songs where composed. As soon as the recording was finished, Mind The Goon embarked on a tour of europe by hitch-hiking and playing on the streets of several european cities, moving on with a tour of latin amerika. This EP is a heavily psychedelic mix of rock and folk with punk undertones, which will most certainly blow your mind. Mind The Goon has created a distinctive and unique sonic identity from the very beginning, but die-hard Secret Fool (the Goon's earlier band) fans will most likely find some common ground. Released on 10" venyl, cassette tape, cd, and digital downloads, by Full Wave Rectifier Laboratories.

http://www.fwrl.org
http://www.mindthegoon.blogspot.com
Posted by Full Wave Rectifier Laboratories at 2:13 AM

Due to unforeseen circumstances, things have been moving a bit slow lately, here at FWRL Records Headquarters. Our new releases have been put on hold for the time being, but we hope, to be back in action soon. In the meantime you can still order any of our albums from our existing catalogue. We are regularly checking our emails and processing orders.

Back soon with even more ground-breaking music!
Posted by Full Wave Rectifier Laboratories at 6:47 AM